Classic safari and beach combination using some of favourite properties and offering excellent value for money. 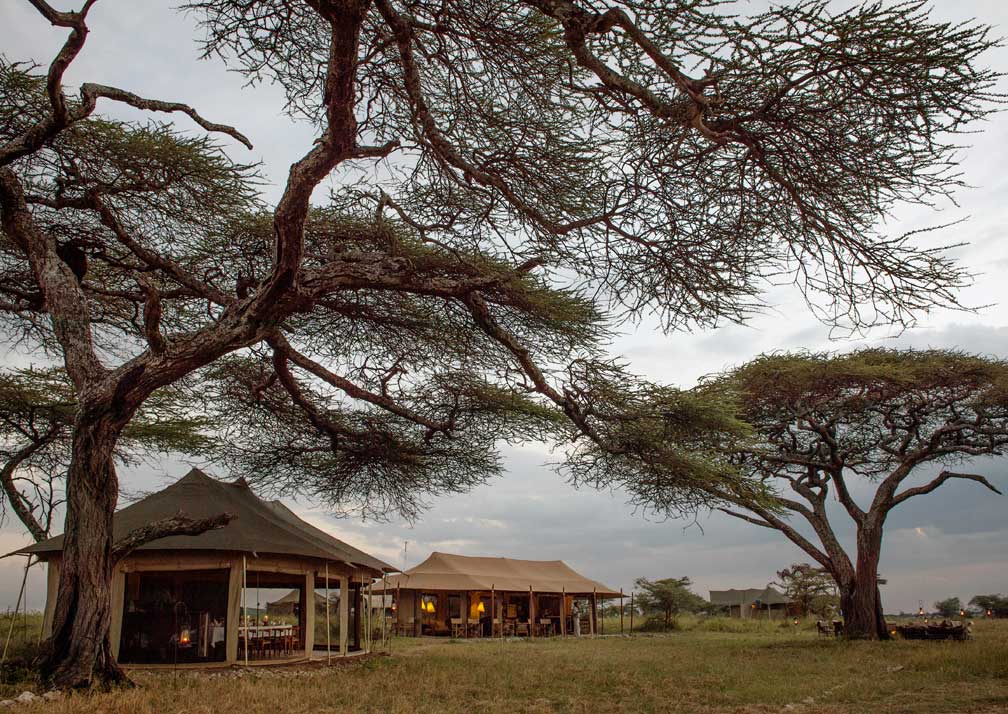 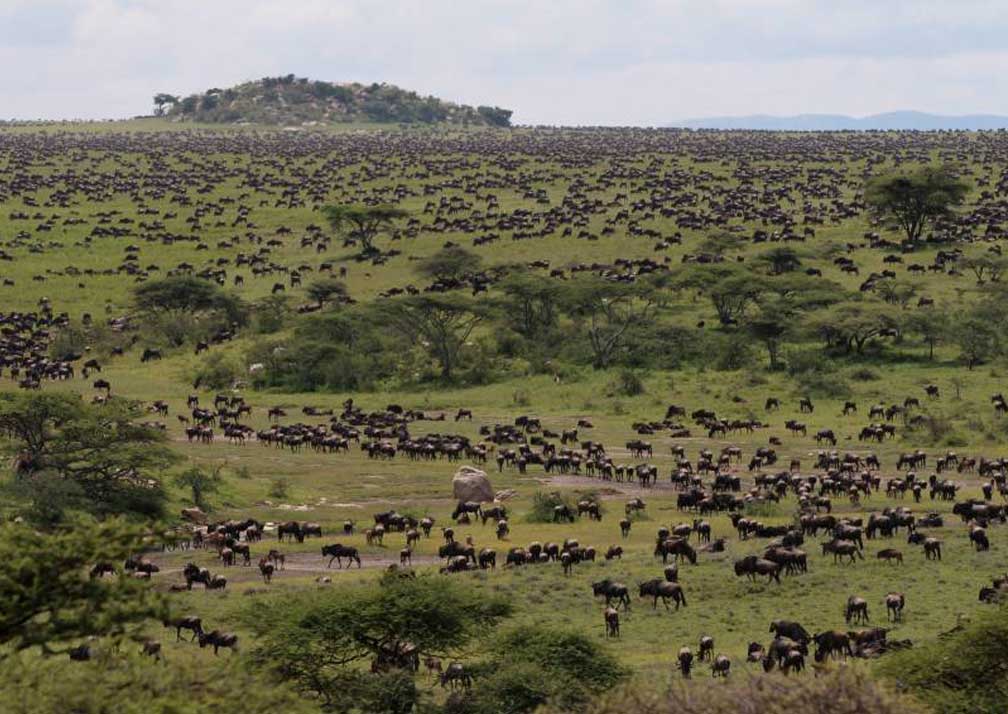 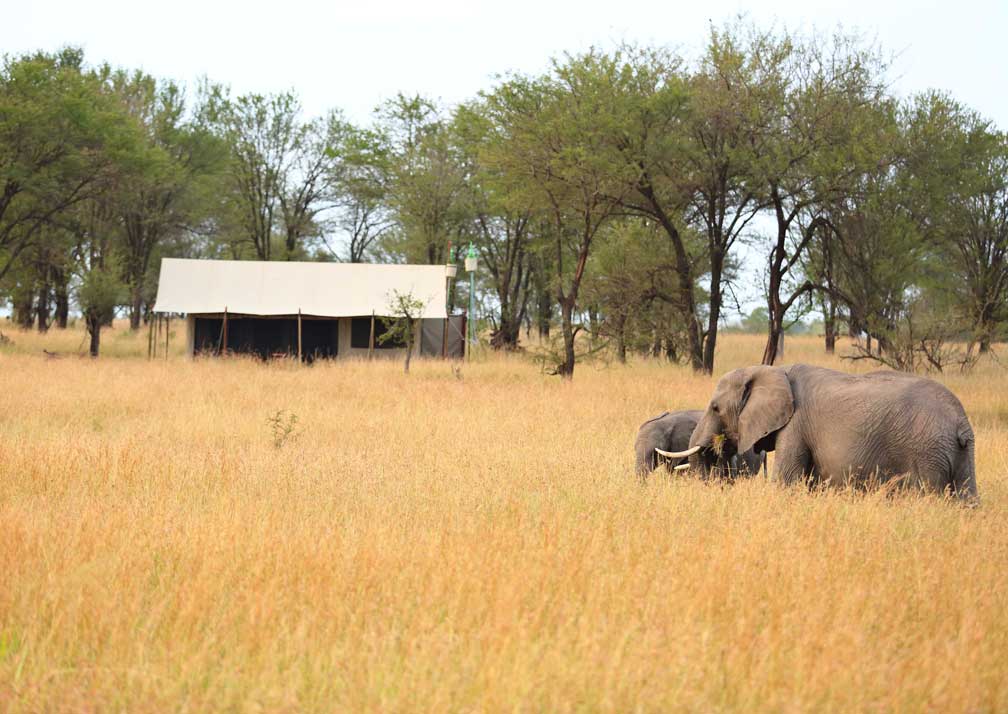 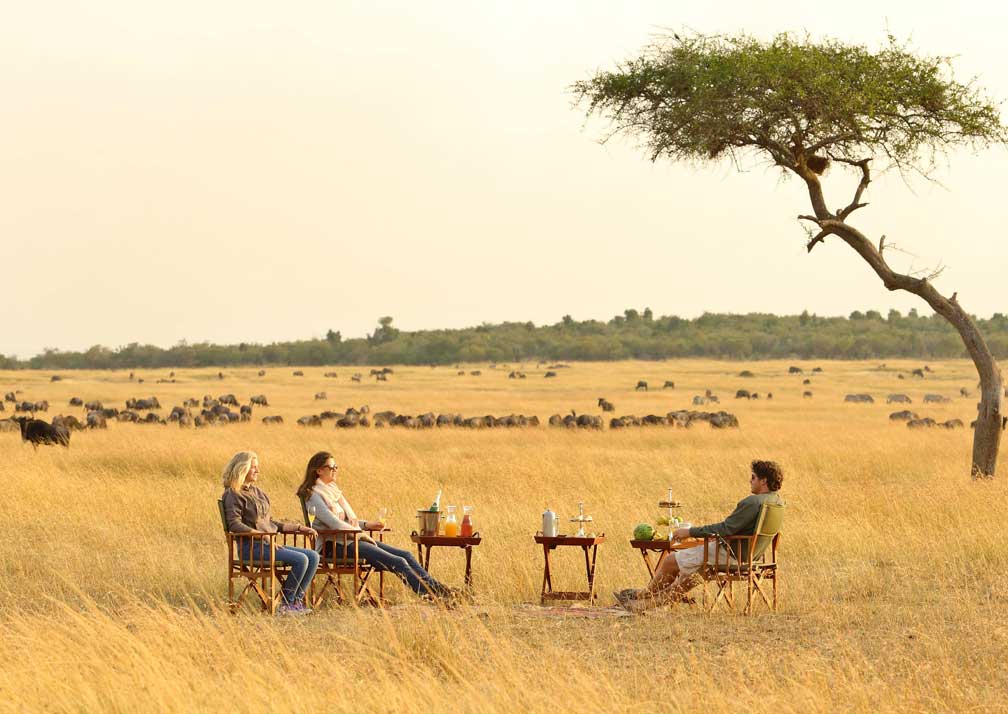 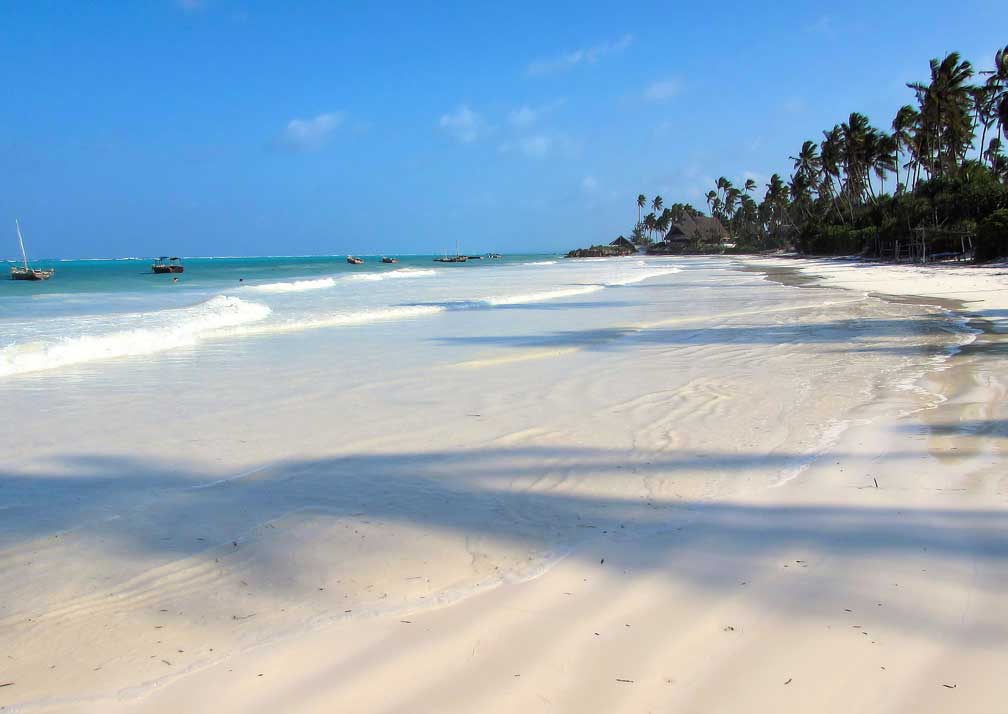 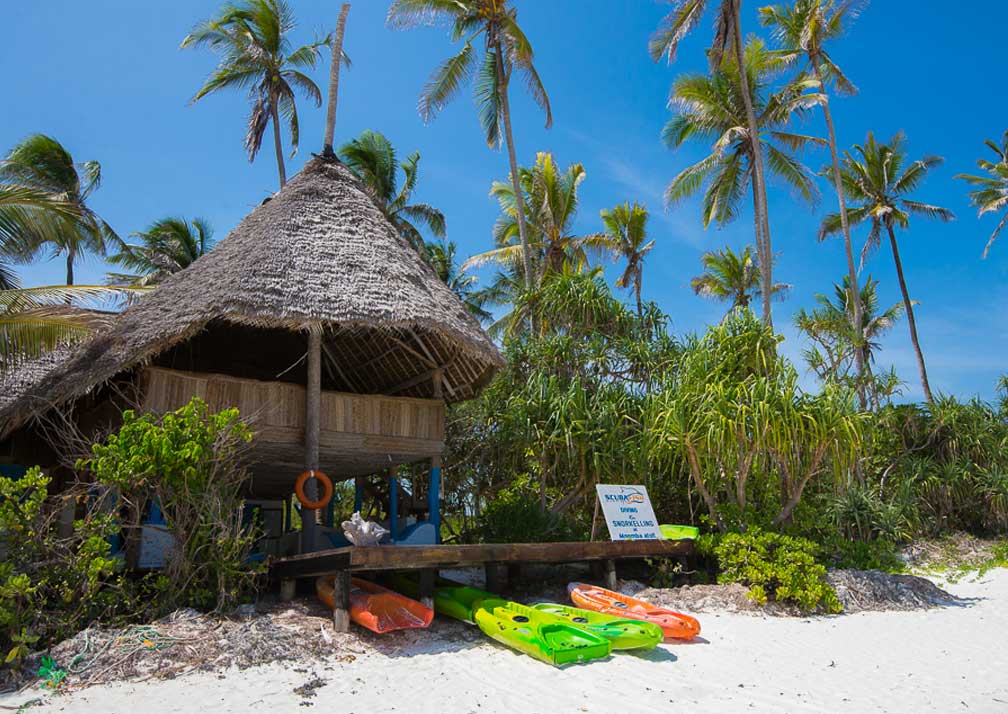 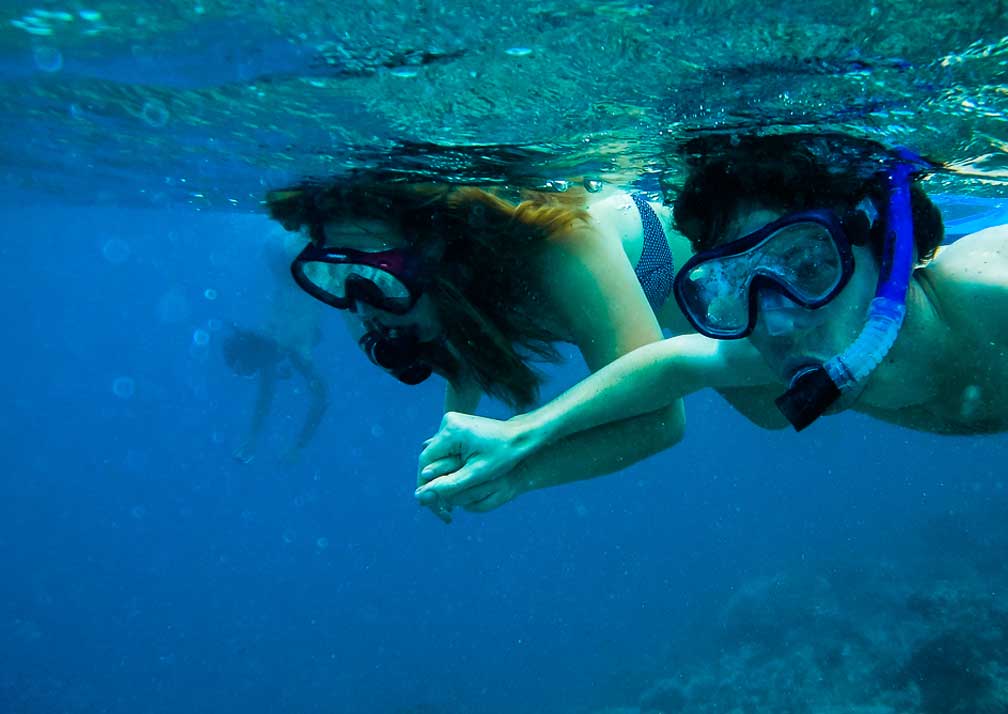 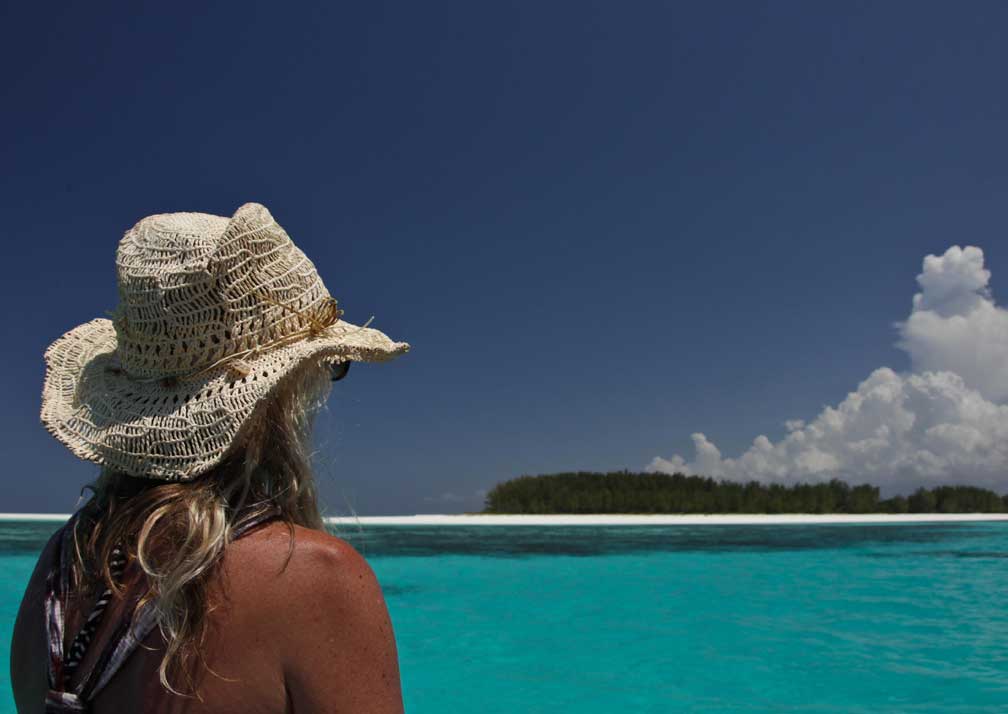 If you want to combine quite remarkable game viewing – including the great migration and unrivalled big cat sightings – with high-end accommodation and a fabulously relaxing beach holiday, this is for you. In 13 unforgettable days you experience safaris in Serengeti and Ruaha before chilling out on the spice island of Zanzibar.

This is a simply stunning wildlife trip, especially for big cat fans, and it ends with an enormously relaxing stay on Zanzibar. And you’ll stay in some very special places…

Your 7 days of unrivalled game viewing begin in the Serengeti. Depending on the time you travel, we’ve suggested two gorgeous camps – Kimondo Camp for July to October and Namiri Plains for the rest of the year, barring the rainy season of late March to May.

So, if you travel from November to June you’ll be based in the south-east, in an elegant, contemporary and wonderfully isolated Namiri Plains. This area has an incredible concentration of big cats and is particularly renowned for its cheetah population. Great herds of wildebeests feed on the new grasses from around November to March – and the big cats converge to prey on them. March to May is especially good for hyenas. From July to October you’ll stay in remote northern Serengeti in Kimondo Camp where you could witness massive herds of wildebeests crossing the river – and their battles with the predators that await them. Kimondo is a remote, luxurious, vintage-style East African safari camp with a Moroccan twist on the Lamai Wedge, a glorious area of northern Serengeti.

After 3 nights in the Serengeti you’ll fly to Ruaha, further south in the country, staying in a hugely stylish camp with panoramic views over the baobab-studded wilderness. Ruaha is even bigger than Serengeti but only has 10 camps in it. Its wealth of wildlife includes 10% of the world’s lion population and more than 500 species of birds.

Finally, you have 4 nights in a luxury yet charmingly rustic beach lodge by the Indian Ocean on Zanzibar – time to unwind on the beach after all that safari excitement. 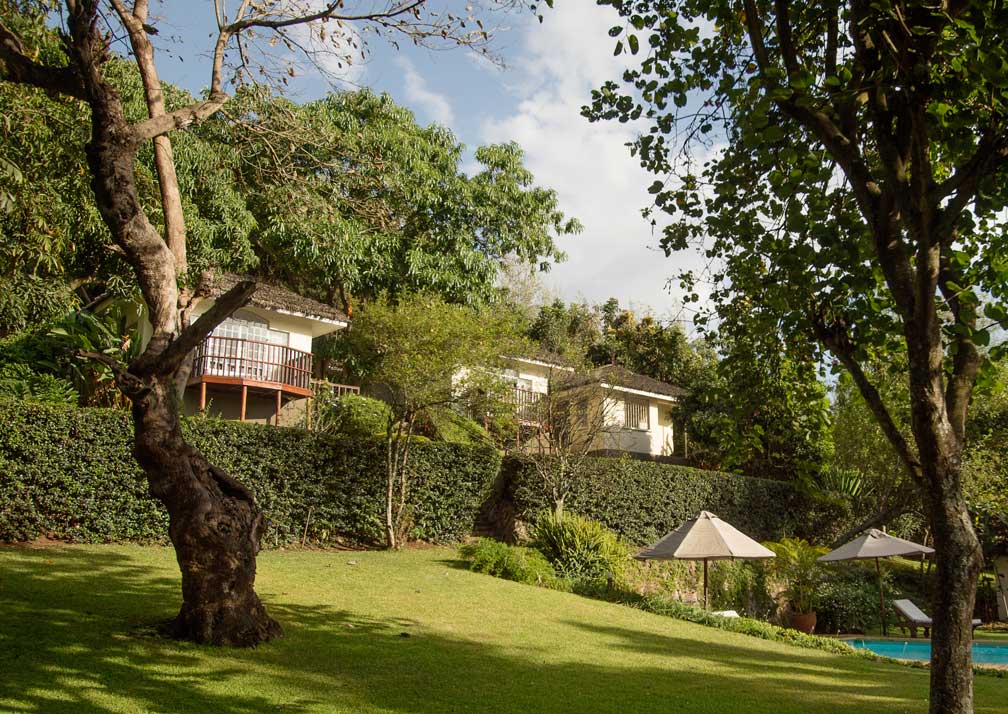 You will be collected from Kilimanjaro Airport and transferred to Onsea House near Arusha (45 minutes). Set in lovely gardens, this charming country inn is welcoming and comfortable – just what you need as you rest after your international flight. 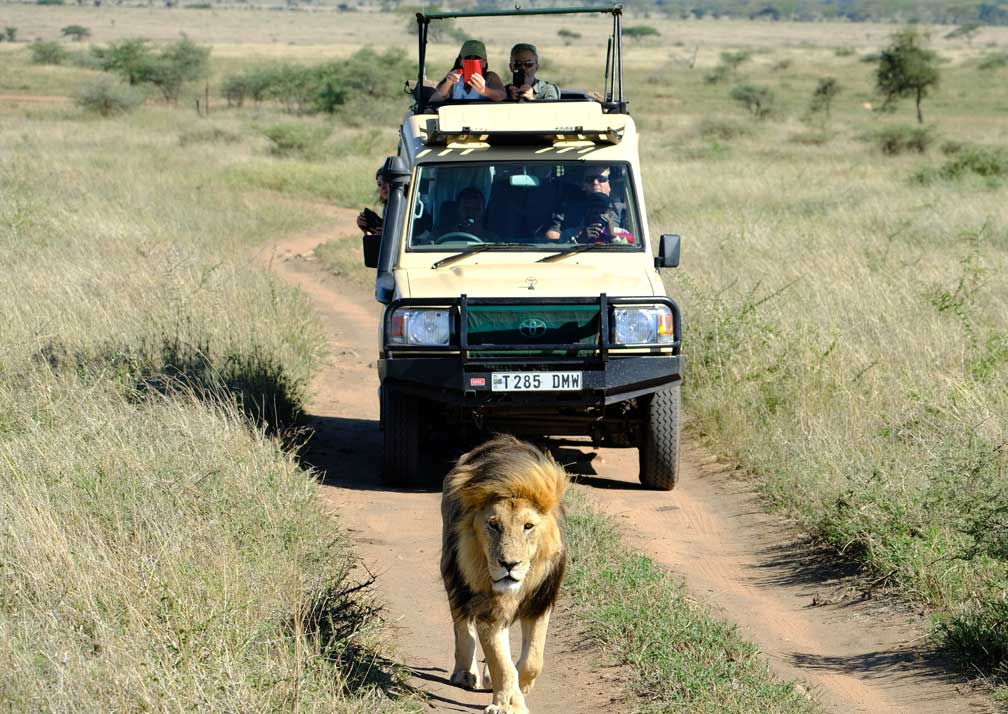 If you’re taking this trip from November-June: After breakfast you’ll be taken to Arusha Airport and fly to south east Serengeti. A guide from Namiri Plains, where you will stay for 3 nights, will meet you and take you on a game drive and then on to the small, exclusive and supremely comfortable camp in time for lunch. Full board

If you’re taking this trip from July-October: After breakfast you’ll be taken to Arusha Airport and fly to north Serengeti. A guide from Kimondo Camp will meet you and take you on a game drive with picnic lunch before driving you to the stylish camp on the Lamai Wedge where you can enjoy your first of 3 nights in the comfort of the king-sized cast iron bed. Full board 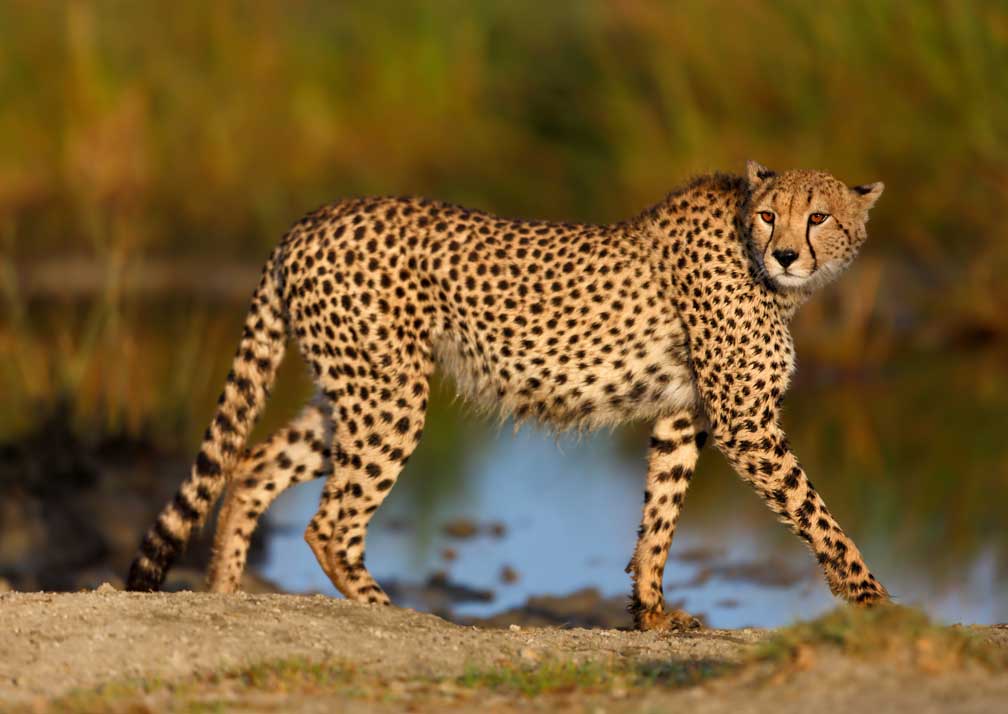 If you’re taking this trip from November-June: This area was closed for 20 years to allow the cheetah population to strengthen, and is now fantastic for big cat watching – you may well not even have to leave camp to get some great game viewing!  Morning game drives or walks will bring you close to a fantastic diversity of wildlife, watching the vast migrating herds feeding on fresh grass as predators circle.  Choose a picnic, a bush lunch or lunch at camp. You’ll have time for a siesta and afternoon tea at Namiri before your afternoon/evening game drive or sundowner walk, then return to camp for a silver service dinner.  Namiri is set amongst giant acacia trees and is the only camp for an hour’s drive, so you have a very private safari experience. Full board

If you’re taking this trip from July-October: Step back in time to an age when spice traders crossed Serengeti on camels – the vintage East African safari style of Kimondo has a Moroccan accent, with copper lanterns and rich rugs. The Lamai Wedge is a highlight of the Serengeti ecosystem and a gathering point for the migration at this time. Morning game drives show you the drama, triumphs and tragedies of the herds’ river crossings. Choose a picnic, a bush lunch or lunch at camp. You’ll have time for a siesta and afternoon tea at Kimondo before your afternoon/evening game drive or sundowner walk, then return to camp for a silver service dinner Full board 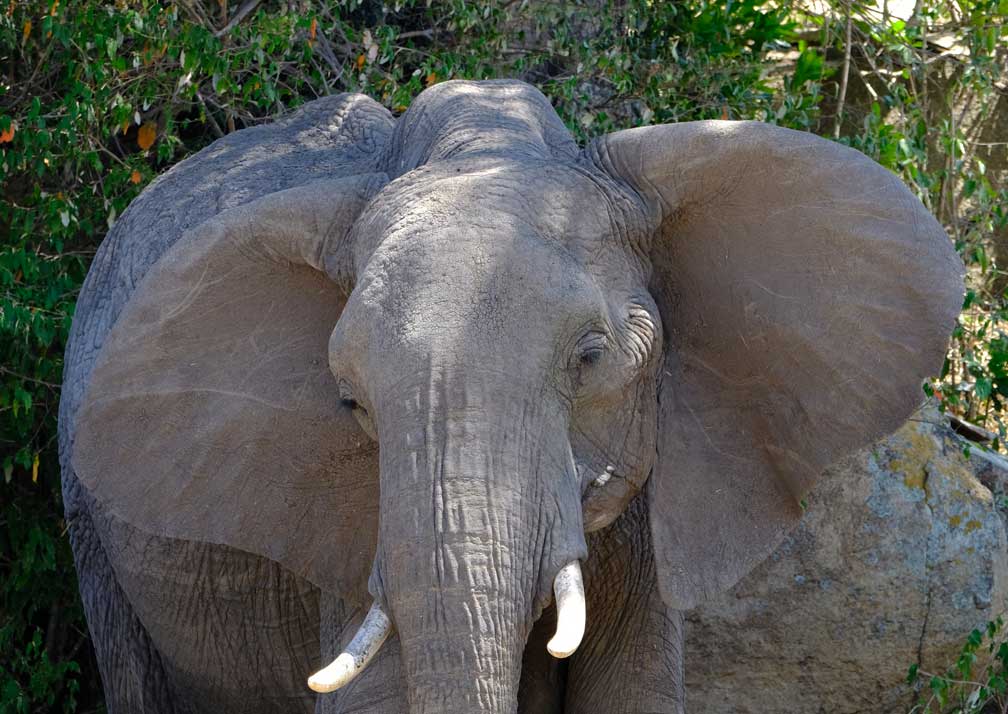 Today you fly from a Serengeti airstrip to Ruaha National Park. You’ll be met by a guide from Ikuka and enjoy your first game drive in Ruaha before arriving at the camp in time for lunch.  Ikuka is a new camp – it opened in late 2016 – and it certainly has the ‘wow’ factor. Its beautiful rooms are in an elevated position with amazing panoramic vistas over the stunning terrain below. The view from the infinity swimming pool has to be one of the best in Africa!  Full board

Three full days at Ikuka mean you can really make the most of being in this special place.  Enjoy morning and evening game drives in the lovely landscape, take a guided bush walk or go out with binoculars and a bird guide and see how many of the 500+ species you can spot in this birder’s paradise. The wildlife is fantastic here. The Mwagusi area is outstanding for big cats, and Ruaha also has particularly strong numbers of elephants and good populations of wild dogs.  Breakfast can be taken in the camp or out in the bush, while lunch and dinner are at Ikuka. Full board 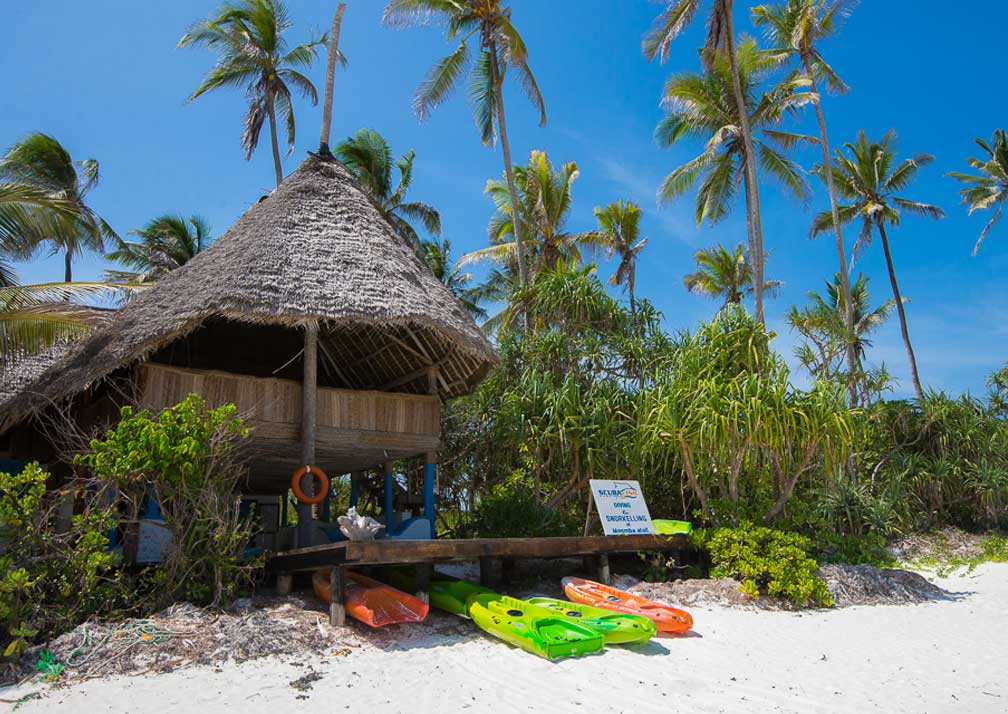 Time for a complete change of scene today! Armed with a packed lunch to enjoy on the journey, you’ll say goodbye to the team at Ikuka, get your last photo of those amazing views, then be transferred to the airstrip to fly to Zanzibar (2hrs 45mins).  On arrival at the spice island you’ll be met and driven to Matemwe Lodge* (75 minutes), where you will stay for the next four nights. You’ll arrive in time for dinner.  Half board 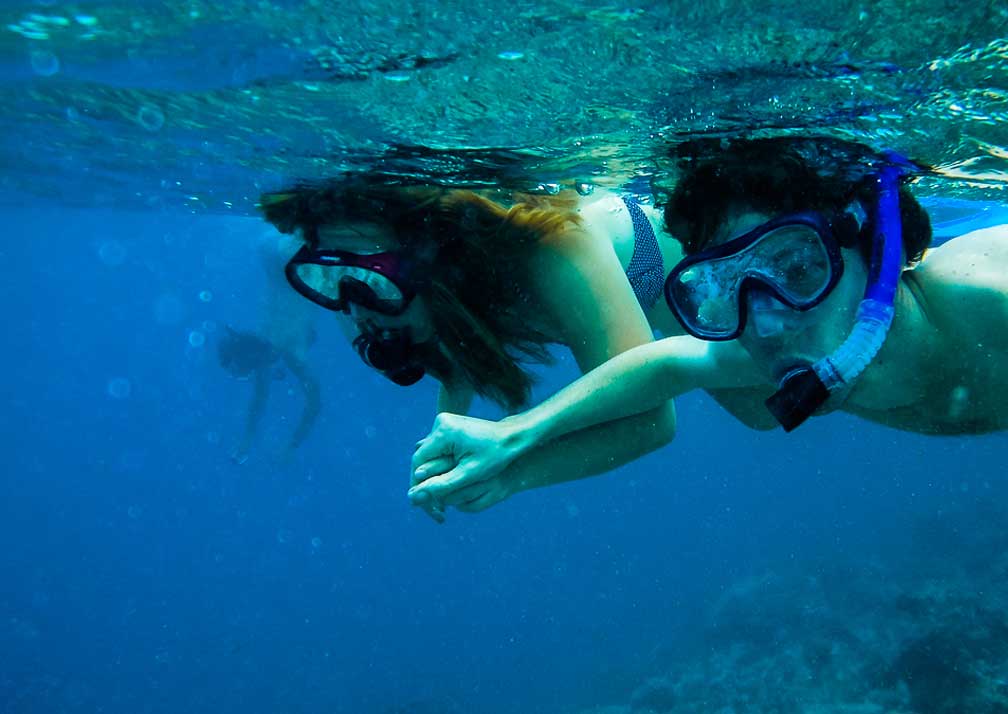 You now have three full days to explore this beautiful island. Matemwe Lodge is set in tropical gardens overlooking a coral-fringed lagoon. If you just want to totally chill out after your safari activities, you’re in the perfect place to laze on a hammock and doze by the ocean or enjoy a spa treatment. And if you want to dive or snorkel in the Mnemba Atoll, kayak in turquoise waters, kite surf, take a dhow trip or spice tour, visit Stone Town or a fishing village, or have a Swahili cooking lesson, you’re also in the perfect place! Half board

*Matemwe Lodge is closed from 3 April to 31 May. If you travel during this period you will stay in another, equally attractive and comfortable, lodge. 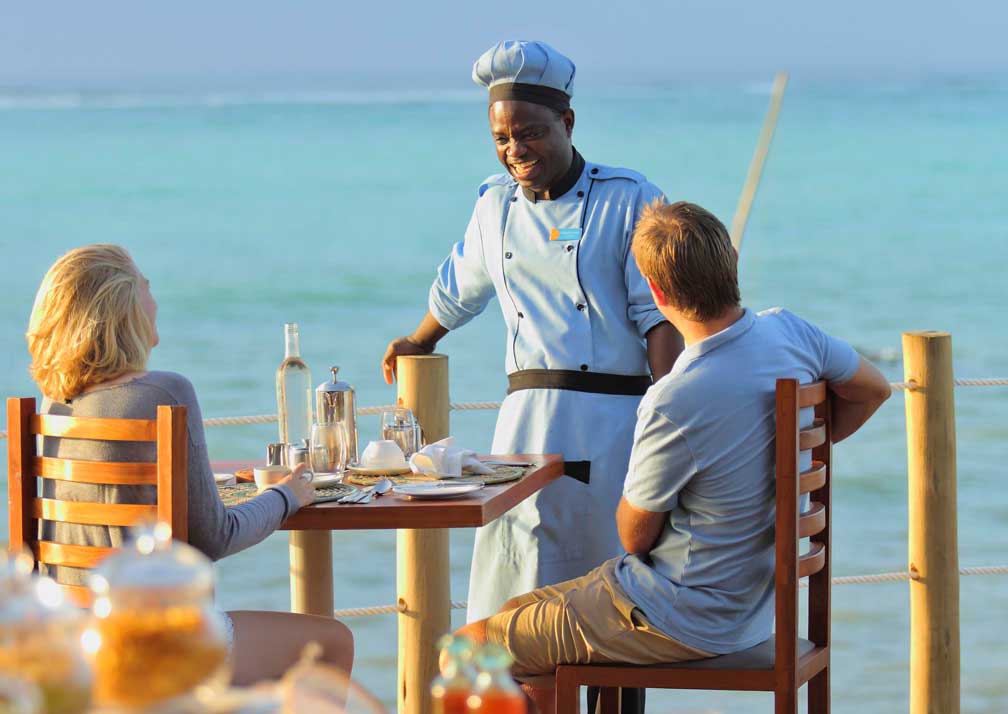 After a final Zanzibari breakfast it’s time to bid farewell to the spice island as you’re collected from Matemwe Lodge and transferred to Zanzibar Airport to connect with your international flight.  Breakfast 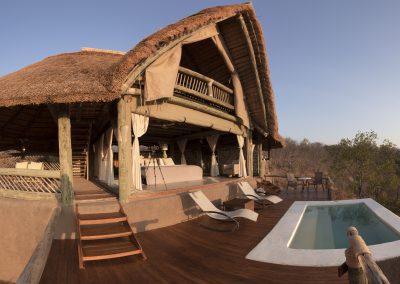 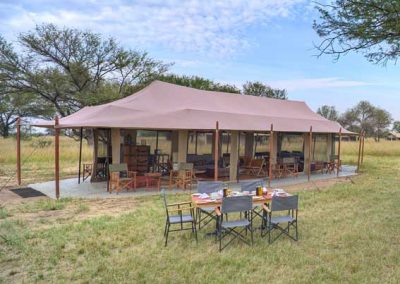 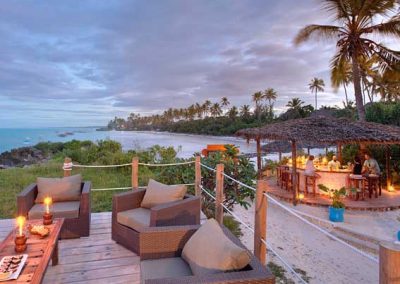 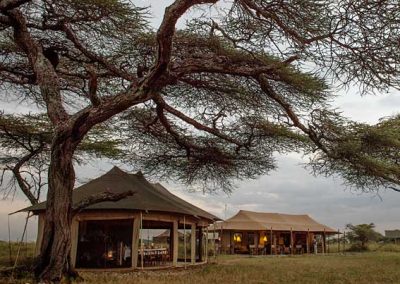 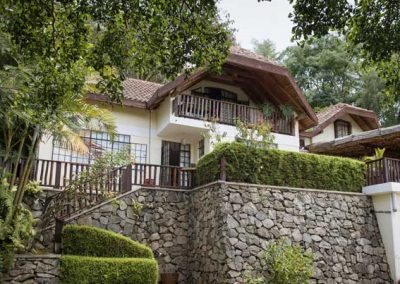